Hell Sausage - Look Up AT The Sun And Sneeze Demo 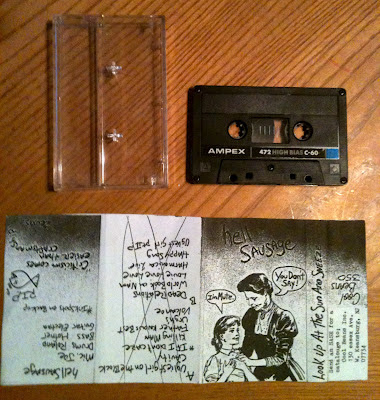 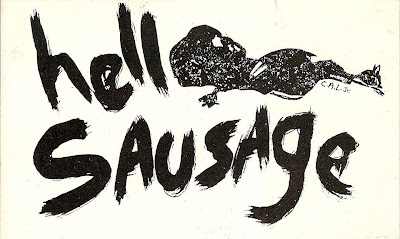 One of the best demo tapes you have never heard. Noise & awesomeness from NJ circa mid/late 80's on the equally awesome Cool Beans Tapes. Cool Beans was run by one time Monster Magnet guitarist John McBain & Former Monster Magnet drummer/singer and light dude and all around great guy Tim Cronin.

Pretty sure this was Joe Hell Sausage alone in his garage drunk and high and making music pretty much for himself. It rules.

I love this tape.

Hell Sausage - Look Up AT The Sun And Sneeze Demo 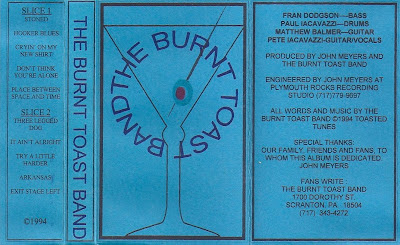 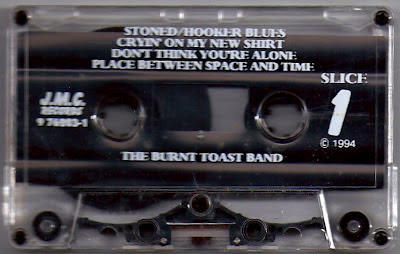 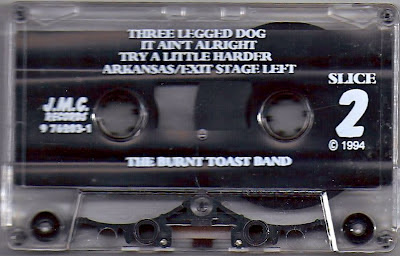 Ok, enough with the reader submissions for now. I just found this tape in a thrift store here in NJ. I almost didn't buy because the cover looked sorta hokey and it was a whole .99 cents! and i didn't want to waste a buck on it.... hey, i'm unemployed and every buck counts! But, i opened it up and the 1st song title was "Stoned".... So i figured oh hell, i will pay a buck to hear it. I'm glad i did. It is actually a pretty awesome lo-fi & overdriven heavy 70's stoner style rock tape with some really long guitar jams with plenty of that slightly inept playing that teeters on the brink of destruction @ every note! = awesome! Its mega distorted and pretty low fi which reminds me of some George Brigman and new band Vee Dee in spots, with a slightly more pop element times. And i do mean slight. maybe it has a bit of a Seattle Grunge thing going on too.... ?There is something else it reminds me of but i just can't place it in my brain right now. (maybe Mad River or Pavlov's Dog) If i was told this was 1974 instead of 1994 it would not be hard to believe it. It sounds that authentic. I really dig it besides the lame tape cover. I searched & searched for info on this band from Scranton PA and found NOTHING. If you have any info please let me know. All i have is the info on the tape. 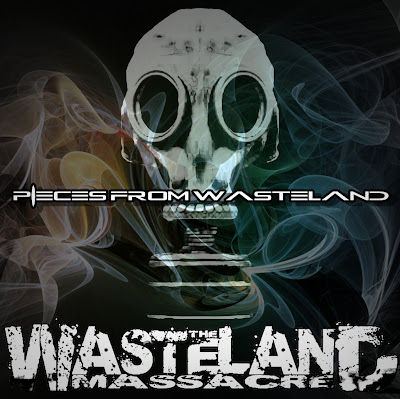 Here is anothe reader submission.... I have not checked my mail for a while and i got a bunch of emails asking to post demos, hence all the readers submissions. besides that i am lazy and ripping actual demos takes a lot of work! Here is an email i got below:

My name is Eva and I´ve discovered your blog, a good place for artists who want to share their music.

Well, I´m a singer on a Death-progressive metal called THE WASTELAND MASSACRE and we´ve thought that it´ll be great If you gave us the chance to put our demotape "PIECES FROM WASTELAND" in your blog, ´cause we want to share our music with other countries ( well, I´m sure you´ve realised I´ve got a fucking horrible level of English, We´re Spanish; and, my dear friend, In Spain it´s sooooo hard share metal music, most people of this country just like shit easy music, nothing intelligent or new or nothing)

The mediafire link for the Pieces From The Wasteland Demo

You´ve got our covers in the rar archive

we´re in youtube too
I´ll give you our myspace, too.

Thank you a lot, and I´ll wait for your reply!!!


Progressive Death Metal is not exactly my cup of tea but this has some momments. Try it out for yourself...

Posted by demo tapes at 3:48 PM No comments: 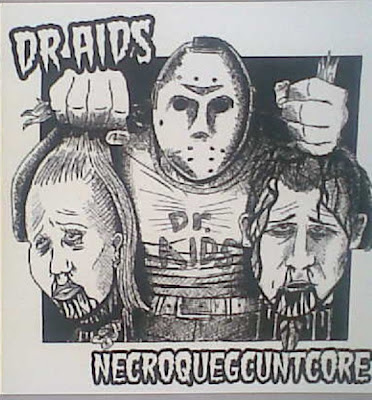 Posted by demo tapes at 9:45 AM No comments: 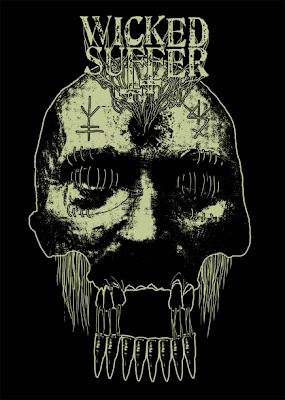 Whoa! Another reader submission.... MEGA lo-fi (boom box) recording on this one. But then again i can imagine it must not be easy to get any real studio time in Indonesia can it? It is pretty rough stuff but hell if anyone reads this blog i figure i'll try and help out some hardcore punkers from Indonesia. It can't be easy being a punk there....??? This blog is turning into more of a reader submission blog than me posting my own old demos, which was the original intent but i'll get back to posting older stuff soon.


hello ...
first we're introduce our self we're wicked suffer, a HC/Punk band from Indonesia
we wanna share our ideas/music to over the world. we hope you can upload to your blog. please help us

4.logo
we attached you picture

Thanks alot and best regards 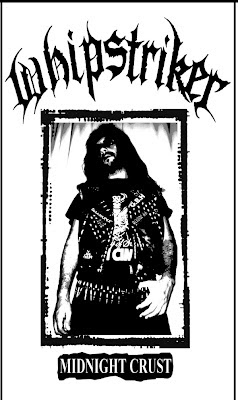 Another reader subission. This is some killer crusty Venom inspired Punk Metal from Rio de Janeiro, Selecione a sua região., Brazil. Just look at these dudes... METAL AS FUCK! Awesome. Rude, Crude, Lude and Heavy as shit!!!! Ahhhhh.... brings me back to my ugly misguided youth. Check out their Myspace page if you want some more info & pics and shits..... 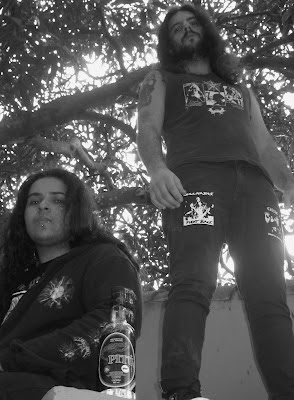 Here is the email i got with the demo....

Here is Victor from Whipstriker - Brazil.
I´m sending here a link to download our demo. It calls "Midnight Crust" 2010. The front cover you can take attached.
The demo was released in completely DIY way. If you like it, please put the link in your blog.