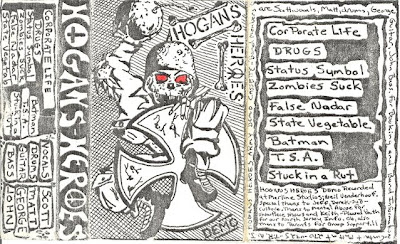 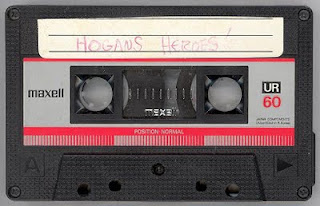 Ok, some more NJHC here with what i believe is the 1st HH demo from around 85/86?

These kids were a bit different than the dirty Social Decay crew. These were straight edge skater kids who by all appearances seemed a bit "better off" then us scum bags. But this demo is pretty cool and a nice piece of NJHC history. I guess in the "straight edge" world they went on to be pretty popular but after this demo i lost interest, i was to busy getting drunk to give a shit...

2nd singer Skip sang briefly with S.D. then talked shit about us... whatever. And George (git) used to walk 10 miles to my house sometimes to try and fuck my sister... I don't think he ever did... George and I still are friends and even jammed a bit for a while a few years ago.

You can get more info from the Hogans Heroes Myspace Page:

Self defense isn't listed on the demo cover but here is the track:

Edit: 1/29/11 - All my files files are gone and the links are dead but you can grab the entire Hogans catalog over at Blogged And Quartered.
Posted by demo tapes at 7:11 PM 5 comments: 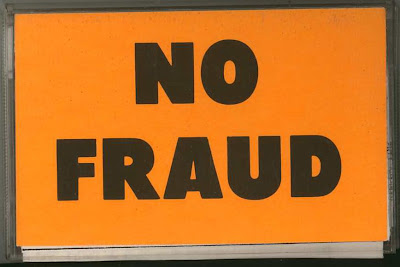 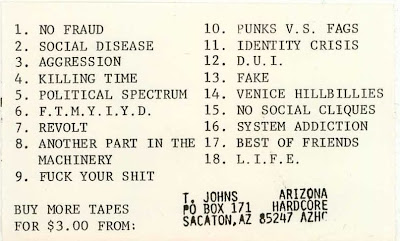 I have scans of the lyrics sheets but was having problems posting them since they are so big. Anyone wants copies i can email them. 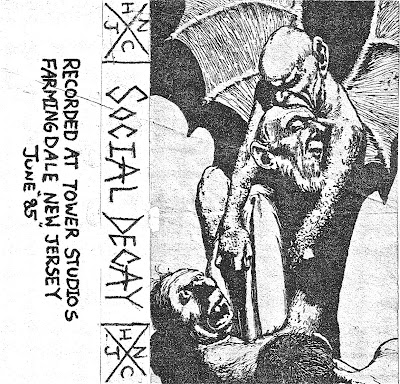 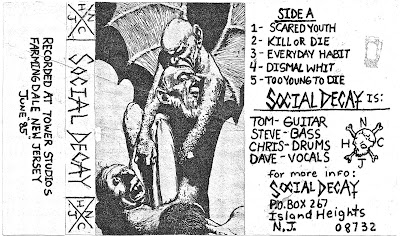 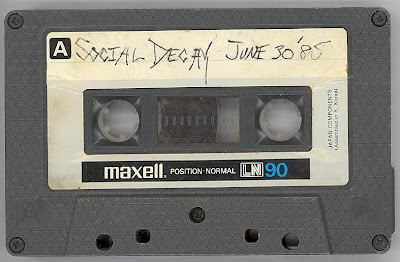 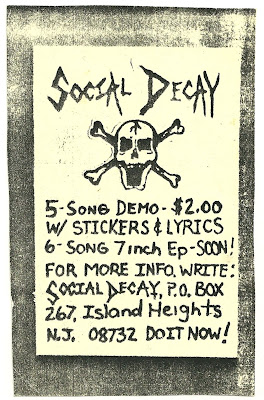 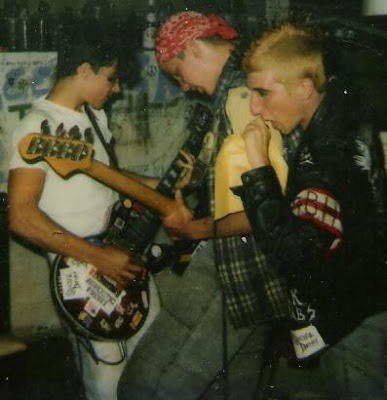 Hey All,
I’m starting this blog dedicated to all old school bands that cut demo’s but never got their shit cut to wax and are now lost to time.It’s going to be a “demo tape” only blog and will primarily focus on 80’s and early 90’s bands, mostly hardcore, punk & metal. So if you were in a band and or dig some old bands that you have demos of and think they should be heard by other people drop me a line and we can work something out.
Posted by demo tapes at 12:32 PM 2 comments: