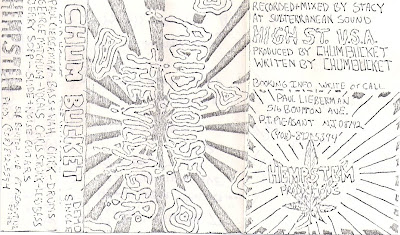 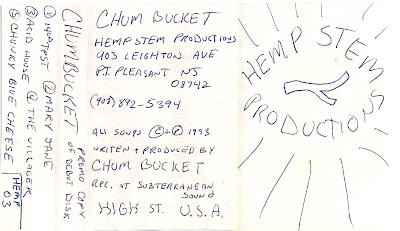 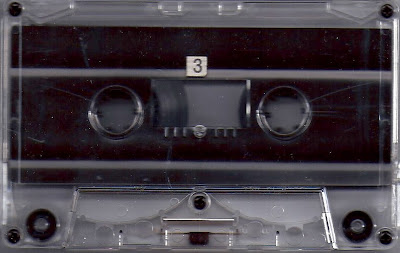 Weird noisy psychedelic grunge rock made by a bunch of acid taking drunk stoners from New Jersey who back in 1993 were listening to too much Monster Magnet & Godspeed (2 Bass thing) and decided to start a band.

Chumbucket - Chunky Blue Cheese
Posted by demo tapes at 8:33 AM

Nice. I used to work with George and actually have this on disk which I bought from him. Also have two of Oblivion's demo tapes ... nice that you mentioned them too.

"The Villager" is missing. The posted link is the same as "Acid House." Cool band, regardless. Thanks.