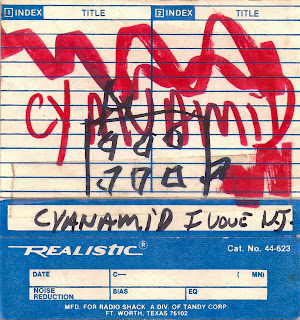 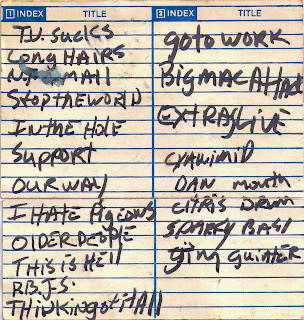 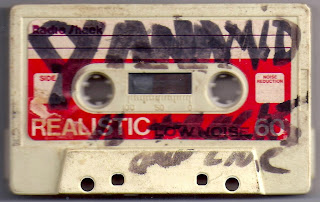 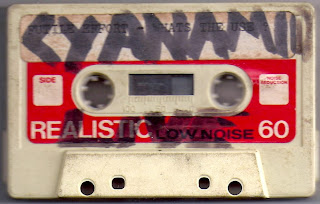 can't hear shit with my left ear at the moment but will check soon,
ive got a version of the demo on my blog too,13 tracks i believe,good (pimped up) quality and also posted a few live tracks,not sure if those are the same as on your tape...

here's the separated version of the demo with track info, one of the best bands to come out of a mall, thank you...
http://www.4shared.com/zip/_qS1lvHfba/cyanamid-i_love_NJ_-demo-_1983.html?