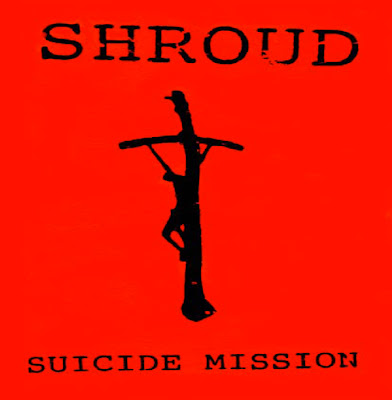 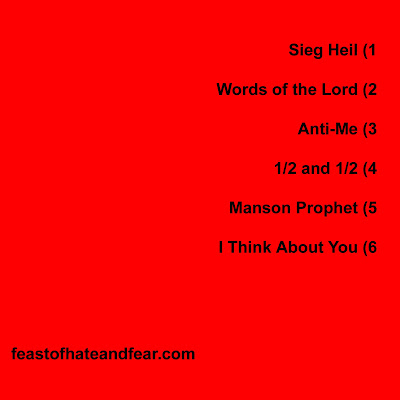 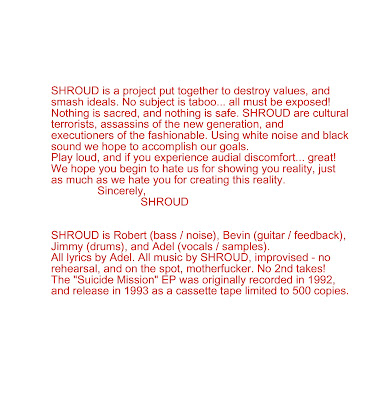 Occasional i get some mail from people asking to post their demo. Here is one that i liked.

Demo Tapes Blog,
I like your blog, and I thought I'd send you this, though I really think it's not 100% fitting, as it's more art damaged than anything else. well, here's the full story... In 1992 some friends and I formed a band, SHROUD, for one show. It was to be completely improvised - no rehearsals - and the music turned out to be a weird doom-punk-jazz with a twisted vibe. We played said show, and were asked to open for Unsane a few weeks later, as well as record. We decided to liquidate the band immediately after the studio. The recording produced the limited (500 copies) cassette "Suicide Mission" in 1993. I understand that the sound here isn't for everyone, but I though you might get a kick (negative or positive) from this release.
Enjoy,
Adel Souto

SHROUD - Suicide Mission
Posted by demo tapes at 12:02 AM