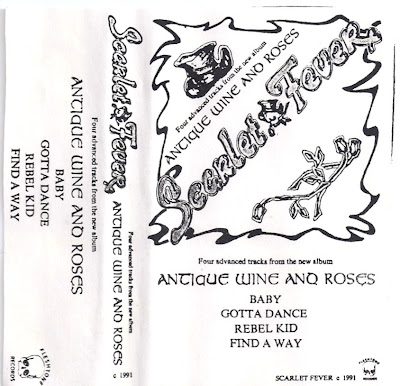 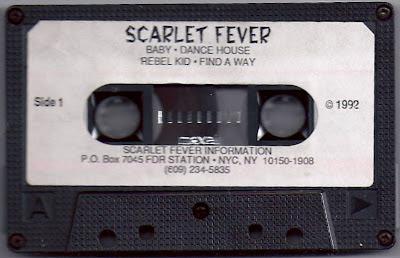 I just picked this up in a South Jersey thrift. From what i read this is a band that turned into another band called Dogtown Balladeers... I don't know who they are either but i figured i would post this up for anyone who might be down with the goofy hair metal sleaze rock side of things. These guys were trying hard to cash in on that hair sound and be Skid Row, Guns & Roses, poison or later & lame Motley Crew, but as with most rock & roll dreams, they crashed and burned with hardly a whimper..... Well, The Dogtown Balladeers did actually put out a CD in 1995 called "Antique Wine & Roses" which is what this tape was going to represent but i never knew it even existed until i found this tape and did a little searching.... I wonder where these guys are delivering pizza's now?

Nice Band! Are they singing until now?

anyone knows, why does this band named scarlet fever?