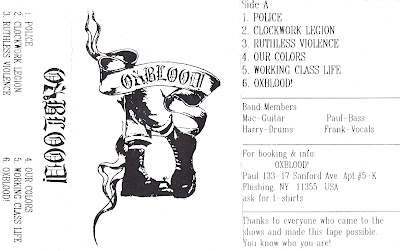 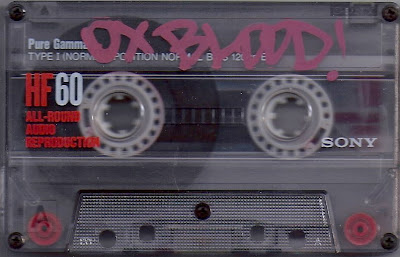 The band started out in 1992. There was not much of an oi scene in nyc at the time. Some bands came and went until four die hards members, tired of no shows, no bands, but so much oi in their blood to start a band for themselves, and embark onto a journey that still continues today. A band that would go down and still is in the history of oi as the most infamous, band around. In the beginning, the line-up consisted of Harry drums, unknown bass, Mac guitar, frank vocals. Harry left the band to pursue his tattooing career in 1994. Frank left right after that to pursue his Psychobilly band(TR6).So Mac jumped on vocals.Kev joined the band on drums in Febuary of '96.After Frank's departure of the band in '94,he returned to his duties as the original vocalist in March of '08. The current line up consist of Frank on vocals, unknown on bass, Kevin on guitar/drums and Alex (Carnage Krew,Fed Up,Offensive Weapon)on drums/guitar.This is the last and final line up from here on out... In spite of their reputation, rumors and setbacks that they have encountered throughout the years, Oxblood is still alive and kicking. The gods of of oi are looking upon them and guiding them through thick & thin to the path of victory. A reflection of our everyday life in New York City. We sing about many things . We do many covers in our sets by bands like Sham 69, 4skits, & other early oi French bands. Rose Tattoo-remedy etc.

The tapes what your upload are beautifouls

This music is very great. Is very important recordar the old music no comercial

i'm argentina, excus me my english, is so bad

this tape is great. Tank for upload this music
i'm argentine

This blog is great. Sorta a Killed By Death for (mostly) obscure NJ bands. Nice to see that people remember.

Any chance of chance of getting a lossless/flac (non-mp3) rip of this demo? I've been trying to find an original (or a lossless rip) to replace my copy from back in the day. If so, please send me an email thedeadcomedian@nyc.rr.com.

Thanks and keep up the awesome work.